Eye care professionals specialize in understanding how the human eye really works, as well as diseases and conditions that affect your vision – many of which do not have obvious symptoms. Eye doctors know how age and risk factors affect vision over time for young and old, and they understand the benefits and features of corrective lenses including eyeglasses and contacts.

Our optometrists take the time to explain the results of your eye exam, describe your options and listen to your eye care needs. Because maintaining good eye health is an ongoing partnership, we encourage you to ask questions and share your health information, which could be vital to monitoring, diagnosing and treating potential vision problems. 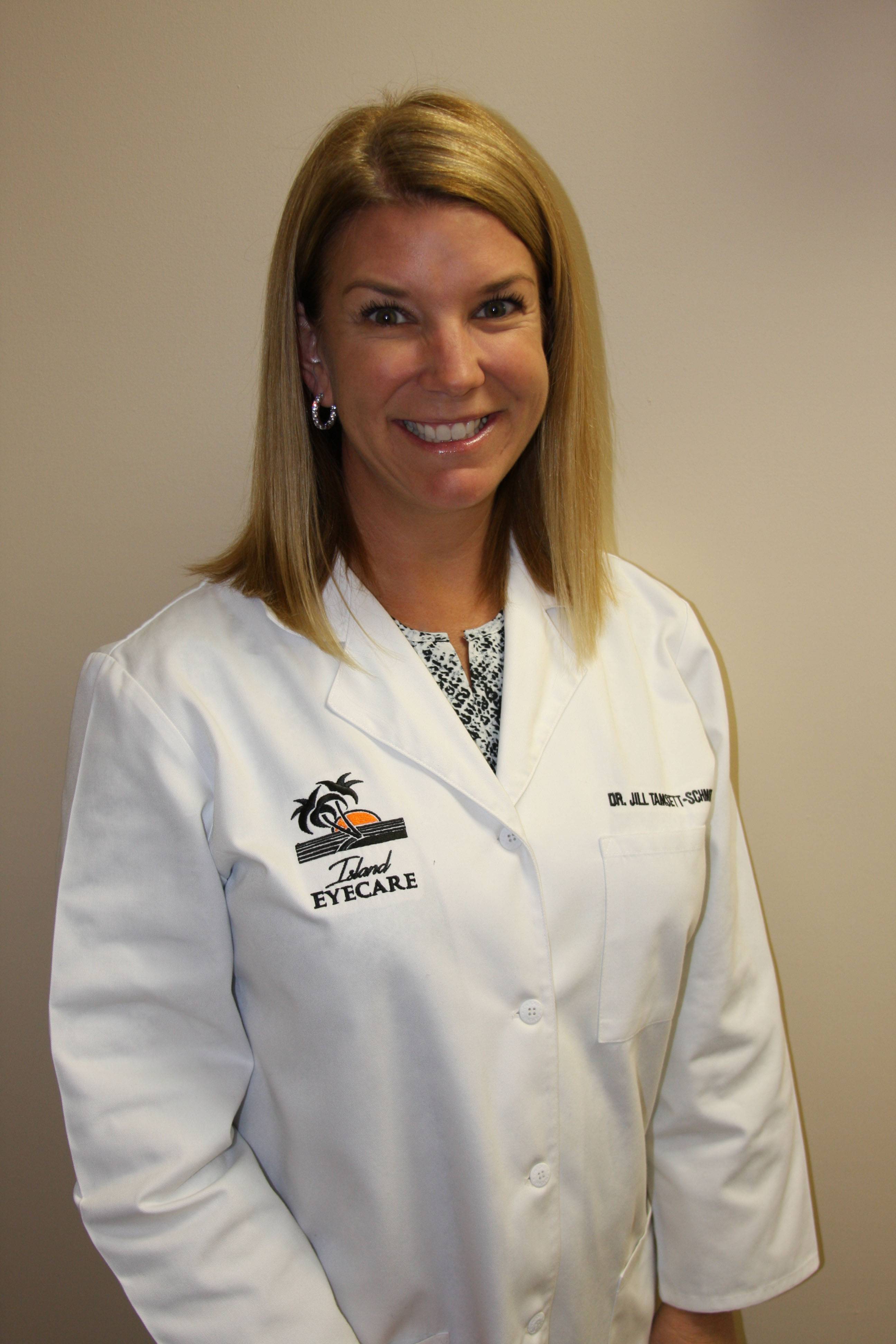 Dr. Tamsett-Schmidt practices comprehensive eyecare for all ages. She enjoys co-managing ophthalmic surgery cases and is experienced in pre and post op refractive surgery care. She also specializes in the treatment and management of ocular disease as well as the fitting of contact lenses and glasses.

Dr. Tamsett is very active in the community.  Having 1 son in high school and 1 in elementary school keeps her busy year round. In her free time, she is also involved in tennis as well as running events.

Dr. Ford was originally born in South Africa and was later raised in Orlando, FL. She is and alumna of the University of Florida where she earned her Bachelor of Science degree in Nutritional Sciences in 2011.

Dr. Ford went on to complete her postgraduate training at Nova Southeastern University’s College of Optometry where she was first awarded with her second Bachelor of Science degree in Vision Sciences in 2013. Later, she earned her Doctor of Optometry degree for which she was recognized for graduating with honors (Cum Laude) in May of 2015. During her program, she completed an externship focusing on contact lenses and sports vision for the Miami Dolphins at Dr. Robert Davis’ private practice in Pembroke Pines, FL. She also completed an ocular disease externship at an ophthalmology practice in Atlanta, Georgia where she learned to manage diseases like glaucoma and macular degeneration as well as diagnose and manage ocular manifestations of eye infections and common systemic diseases such as diabetes and hypertension. Additionally, she cared for pre and post operative surgical cataract and LASIK patients.

After graduation, Dr. Ford moved to San Diego, California where she improved her skills in various private practices while her husband completed his residency in General Dentistry with the U.S. Navy.

In her spare time, Dr. Ford enjoys Spending time outdoors with her husband and her two year old daughter, Katinka, who is soon to be a big sister!  They enjoy activities such as golfing, tennis, biking, going to the beach and local travel. Together, they share a strong passion for helping others and educating themselves to the highest level to deliver optimal care to their patients.